Dr. James DiNunzio is currently a Senior Principal Scientist at Merck & Co., Inc. in Rahway, NJ where he heads the Hot-Melt Extrusion Subject Matter Expert Network Team and co-leads the Continuous Processing Technology Development Team.  Since joining Merck in 2013 he has contributed to multiple programs in the disease areas of oncology, virology and CNS disorders.  Prior to Merck, he served as a Senior Scientist in the Pharmaceutical & Analytical R&D group at Roche where he was responsible for the formulation design of poorly soluble compounds using enabled technologies.  He has also held positions of increasing responsibility at PharmaForm and Forest Laboratories.

Dr. DiNunzio received his Ph.D. in Pharmacy (Pharmaceutics) from The University of Texas in 2009 specializing in thermal manufacturing of amorphous dispersions.  He also holds M.S. and B.S. degrees in Chemical Engineering from Columbia University and The State University of New York at Buffalo.  He currently serves on the Editorial Advisory Boards of AAPS PharmSciTech and the Journal of Pharmaceutical Sciences.  He has authored over 25 research papers and book chapters in the field of hot-melt extrusion and formulation design for bioavailability enhancement.  His current research interests include: formulation design for bioavailability enhancement, melt extrusion process design for challenging systems and the development of continuous manufacturing technologies.

Dr. Ravi Harapanhalli is serving as Senior Vice President of Global Regulatory Affairs at Amneal Pharmaceuticals for the last three years. In this capacity he oversees all regulatory activities including submission and approval of ANDAs, 505b2 NDAs, and regulatory meetings with Health authorities. He provides regulatory strategies and advises scientific teams on complex regulatory and technical issues facing high-barrier generics including combination products and complex drug substances. Earlier, he was Vice President of Technical Affairs at Parexel International, and provided high level consultations to pharmaceutical/biopharmaceutical industry. Prior to that, he was at US FDA for over 11 years in the Office of New Drug Quality Assessment and worked through the ranks from being a CMC Reviewer to finally serving as Branch Chief until July 2008. During his tenure at FDA he supervised and reviewed various dosage forms and complex drug substances and combination products including modified-release dosage forms, implants, transdermals, MDIs/DPIs, liposomes, suspensions/dispersed systems, synthetic APIs, therapeutic proteins/peptides/MAbs/biosimilars, oligonucleotides, iron complexes, radiopharmaceuticals, etc. Prior to FDA, he was in academics and industry for several years including Harvard, Rutgars-UMDNJ, and Hoechst Marion Russell. He holds Ph.D. in Medicinal Organic Chemistry from IIT Bombay and is a diplomat of the American Board of Science in Nuclear Medicine.

Continuous mixing via twin screw extrusion: past, present and future

As President/General Manager of Leistritz Extrusion, Charlie is responsible for the management of a company that provides manufacturing equipment and engineering services to the plastics, medical and pharmaceutical industries in the USA and around the world.Extensively published in trade publications, textbooks and journals, Charlie has delivered 200+ technical presentations at wide-ranging international events, and is the co-editor of the textbook Pharmaceutical Extrusion Technology.  He has also been awarded 2 extrusion related patents.Charlie currently serves on the Board of Directors for the Society of Plastics Engineers (SPE) Extrusion Division, the Polymer Processing Institute @ New Jersey Institute of Technology, and also on the Technical Advisory Board for Teel Plastics in Baraboo, WI.  Previously he has held the Technical Program Chairman and Chairman positions for the SPE Extrusion Division.

Charlie earned his undergraduate degree from Gettysburg College and an MBA from Rutgers University. 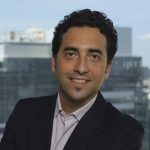 Salvatore Mascia is the Founder & CEO of CONTINUUS Pharmaceuticals. He was the former Strategic Project Manager at the Novartis-MIT Center for Continuous Manufacturing, where he led the integration of the first end-to-end continuous manufacturing process for pharmaceuticals. At the end of the project, he was presented with the “Leadership Award” that recognized his leadership role at the Center. Salvatore has gained experience in strategic management and fund raising in addition to leadership skills via various roles of responsibility within the entrepreneurial ecosystem. Among those, he co-founded “Professionisti Italiani a Boston” in 2009, and served as President of the “Cambridge University Technology and Enterprise Club” in 2006/07. He also ran a pharmacy business for 2 years. Salvatore completed a post-doc at MIT in Chemical Engineering and holds a PhD in Chemical Engineering from the University of Cambridge, UK and a BS and MS in Pharmacy (summa cum laude) from University of Perugia, Italy.

Doug is currently the Associate Director of the Engineering Research Center for Structured Organic Particulate Systems (C-SOPS) based at Rutgers University in New Jersey, USA. C-SOPS focuses on the science based development of pharmaceutical products and processes.  C-SOPS has been directly involved in working with major pharmaceutical companies and the FDA on the first processes for continuous manufacturing of pharmaceutical solid dose products.

Dr. Michael A. Repka has significantly contributed to the advancement of hot melt extrusion (HME) technology and has established himself as an expert in this field. Polymeric and lipid drug delivery design, stabilization and formulation/process development for poorly soluble drugs are important aspects of his research. Dr. Repka has more than 160 publications, the majority on HME, and is regularly invited nationally and internationally as a speaker for symposia and workshops.  He has licensed numerous patents and has been an entrepreneur for almost 4 decades, founding several companies to promote a variety of pharma and device technologies. Dr. Repka is Chair and Professor of the Department of Pharmaceutics and Drug Delivery and Director of the Pii Center for Pharmaceutical Technology at The University of Mississippi’s School of Pharmacy. He serves as an Editor for both AAPS PharmSciTech and the Journal of Drug Delivery Science and Technology. Dr. Repka is a thought leader for pharmaceutical HME technology, as most articles focusing on hot melt extrusion cite his work.

His principal research interest at UT Austin is in twin-screw extrusion processing for continuous granulation, bioavailability enhancement, abuse deterrent opioid delivery, and controlled release drug delivery. He is the editor of 2nd edition of “Pharmaceutical Extrusion Technology”, published in 2018. He has authored four book chapters on twin-screw extrusion process. He has published 40 peer-reviewed papers articles.  He is also inventor on 12 issued patents covering a wide range of drug delivery systems. He serves on the editorial board of AAPS PharmSci Tech. 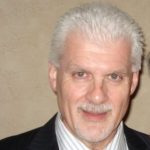 Dr. Bellantone received a B.S. in Pharmacy from the University of Connecticut. After four years as a doctoral student in pharmaceutics, he changed his field of study and earned a Ph.D. in theoretical/computational physics, also from UConn. He was a member of the LIU Pharmacy faculty from 1996 through 2015 and served as the major adviser to 29 Ph.D. graduates.

Dr. Bellantone’s areas of expertise include the material science of dosage forms and biopharmaceutics. His interests include drug solubilization, complex dosage forms, and developing biorelevant in vitro release tests. He has published 27 peer-reviewed papers in a variety of fields and has authored or co-authored over 90 research posters at national scientific meetings. He has been awarded six U.S. patents, including five for pulsatile microdialysis (PMD). He has also consulted for numerous drug companies and collaborated with the FDA on three projects, using PMD to study drug release from ophthalmic emulsions, nanoparticle dissolution, and food-drug interactions.

Dr. Bellantone is thought to be the world’s only registered pharmacist with a Ph.D. in physics. While he finds this amusing, he is a serious fan of sports history and a formidable player at sports bar trivia contests.

Dr. Qi (Tony) Zhou is an Assistant Professor in the College of Pharmacy of Purdue University. Dr. Zhou’s research focuses on particle engineering and characterization for oral dosage forms and inhalation formulations. He has published 60 journal articles and secured >$5M research funding including NIH R01 and Bill & Melinda Gates Foundation and industrial projects. Dr. Zhou’s significant contribution has been recognized by many awards including 2016 IPEC Excipient Emerging Researcher Award and 2017 New Investigator Award in Aerosol Medicine. Dr. Zhou is an Editor of AAPS PharmSciTech and Editorial Board Member of Journal of Pharmaceutical Sciences, Current Pharmaceutical Design and Drug Development and Industrial Pharmacy. 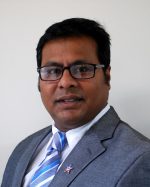 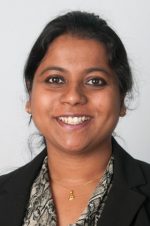 Dr. Priyanka Ghosh is a pharmacologist within the Division of Therapeutic Performance, Office of Research and Standards, OGD. Her specialization is drug products in the topical and transdermal drug delivery area. In her current role, Dr. Ghosh is responsible for the development of product-specific guidance for generic drug development, reviewing and responding to controlled correspondences, citizen petitions and Pre-ANDA meeting packages. Dr. Ghosh is also the project officer on multiple regulatory science research initiatives related to topical and transdermal drug products, under the GDUFA regulatory science research program.

Prior to joining the FDA, Dr. Ghosh completed her B.Tech in Biotechnology from West Bengal University of Technology (India) and a Ph.D. in Pharmaceutics and Drug design from the University of Kentucky. Dr. Ghosh is the author on numerous research manuscripts and review articles in the topical and transdermal area.

Dr. Raghavan is the Chairman of the In vitro Committee that is part of the Q3 Microstructure Steering Committee. He is also the Community Leader of the AAPS Topical & Transdermal Group.

My Friend Mike Pikal:  Some Personal and Professional Reflections

Steven L. Nail is currently a Principal Scientist in the R&D organization of Baxter Pharmaceutical Solutions, Bloomington, IN.   His undergraduate training is in chemical engineering at Purdue University, and his Ph.D. is in pharmaceutics, also from Purdue.  From 1975-1991 he worked for The Upjohn Company, Kalamazoo, MI in various capacities, all related to development and manufacture of parenteral products, with a special interest in the science and technology of freeze-drying.  In 1991, he became Associate Professor in the School of Pharmacy at Purdue, and was promoted to Professor in 1999.  His research interests at Purdue focused on the physical chemistry of freezing and freeze-drying, characterization of frozen systems and freeze-dried solids, stability of proteins as freeze-dried products, pharmaceutical thermal analysis, and pharmaceutical applications of supercritical fluid technology.  His teaching responsibilities have included undergraduate pharmacy courses in parenteral pharmaceutical products and graduate courses in pharmaceutical processing.  From 2002 until 2006, he was Research Fellow in the Pharmaceutical Sciences R&D organization at Eli Lilly & Co., Indianapolis, IN.  He is Chairman of the USP Committee of Experts in Parenteral Products, and is a member of the Executive Committee of the Council of Experts at USP.  He is a Fellow of the American Association of Pharmaceutical Scientists.  In 2007, he received the AAPS Research Achievement Award in Pharmaceutical Technology.  In 2013, he was recognized as a Distinguished Alumnus by the School of Pharmacy, Purdue University.

Dr. Serguei Tchessalov is a Research Fellow at Pfizer Bio Therapeutics R&D (Andover, MA). He received his Ph.D. from Institute of Applied Biochemistry (Moscow) on development of novel methods for formulation and process control during lyophilization.  He completed his Post-Doctoral training with prof. Pikal (UCONN). For the past 30 years (both, in Russia and US) Dr. Tchessalov is working on formulation and lyophilization process development of bacterial and viral vaccines, proteins and different biological materials. His current research is focused on lyophilization process scale up and transfer as well as processing of parenteral dosage forms (filtration, filling, freezing/thawing, etc.)

Dr. Sajal M. Patel is currently working as a Senior Scientist at MedImmune in Dosage Form Design and Development within Biopharmaceutical Development. In his current role, Dr. Patel is responsible for formulation, process and device development of liquid and lyophilized biologics with a focus in freeze-drying, freeze-thawing and inhaled biologics technology development. He is also in charge of developing early and late stage strategy for lyophilized drug product development and manufacturing. He received his M.S. in Chemical Engineering from the University of Southern California and Ph.D. in Pharmaceutical Sciences from the University of Connecticut. His publications have focused on lyophilization process design and control. Dr. Patel’s research interest remains in this area and include application of QbD to the development and manufacturing of lyophilized drug product.